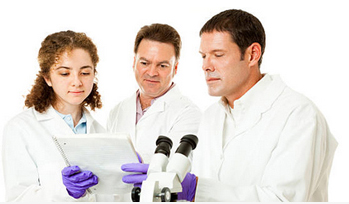 Below are the most frequently asked questions regarding Lunasin.

Lunasin is a peptide originally identified in soy. This peptide consists of 43 amino acids.

“Lunasin is a unique 43-amino acid soybean peptide that contains at its carboxyl end: (a) nine Asp (D) residues; (b) an Arg-Gly-Asp (RGD) cell adhesion motif; and (c) a predicted helix with structural homology to a conserved region of chromatin-binding proteins.”

“Lunasin, a novel and promising chemopreventive compound isolated from soybean cotyledon, is a 43-amino acid peptide that contains a -RGD-cell adhesion motif followed by 8 aspartic acid residues at the carboxyl end and a structurally conserved helix region.”

“Lunasin is a unique and novel cancer preventive peptide originally isolated from soy.”

Where is lunasin found?”

Lunasin is a small subunit of the 2S albumin. The 2S albumins are a group of storage proteins that occur widely in seeds of dicotyledonous plants such as soybeans. The plant uses them as a source of nutrients during germination and seedling growth. Lunasin was originally identified in soybeans, but since has also been identified in wheat and barley. The amount of lunasin present varies in different seeds and in different breeds of the same species.

“During seed development, lunasin peptide appears 5 weeks after flowering and persists in the mature seed. Western blot analysis of different soybean varieties and commercially available soy proteins shows the presence of the peptide in varying amounts.”

“Lunasin concentrations in the tested materials range from 0.10 to 1.33 g/100 g flour. Differences that exceeded 100% have been observed among accessions of similar maturity that were grown in the same environment, indicating that genetic differences in soybeans exist for lunasin. The mean of 23 major ancestral lines of U.S. cultivars is similar to the mean of 16 modern cultivars selected to represent the current diversity of the crop, but the highest values were found within the ancestral and exotic accessions. Soy protein concentrate, isolate, and hydrolyzate contain 2.81 +/- 0.30, 3.75 +/- 0.43, and 4.43 +/- 0.59 g lunasin/100 g flour, respectively, while soy flour and soy flakes contain 1.24 +/- 0.22 g lunasin/100 g flour. Isoflavone-enriched products contain very little or no lunasin. The relative mass (M(r)) of lunasin in the samples is 5.45 +/- 0.25 kDa. The wide range of lunasin concentrations within the Glycine max species indicates that the levels of this important bioactive peptide can be genetically manipulated. Furthermore, soy isolates and hydrolyzed soy proteins contain the highest concentrations of lunasin.”

What does the word ‘lunasin’ mean?

The name ‘lunasin’ was coined by the scientist who discovered it in Berkeley, CA. It comes from the Tagalog word lunas, which means ‘cure’.

Is consuming lunasin a problem for people with an allergy to soy?

A study was done on a group of 23 individuals known to be allergic to soy. They did not, however, have an allergic reaction to 2S albumins (of which lunasin is a subunit) isolated from soy. 2S albumins from soy were not found to be major allergens.

LunaCell is a term coined by Ryan Schmidt and Andrew Birney, directors of the research teams that orchestrated the development of Lunasin. LunaCell describes the synergistic combination of the Lunasin peptide and protease inhibitors which allows for Lunasin to become bioavailable.