The evidence of the benefits of a Lunasin-based supplement program continues to roll in. A recent study of subjects supplemented daily with Lunasin and a health supplement powder for eight weeks showed significant improvement in key biomarkers associated with cardiovascular and metabolic health.

“While this was a small study and only a preliminary step in demonstrating the efficacy of this supplement regimen, the dramatic results are remarkable,” said Dr. Alfredo Galvez, discoverer of Lunasin. “Most exciting of all is that there currently exist no effective treatments for improving key biomarkers measured in the study, namely circulating free fatty acids and the hormones leptin and adiponectin.” 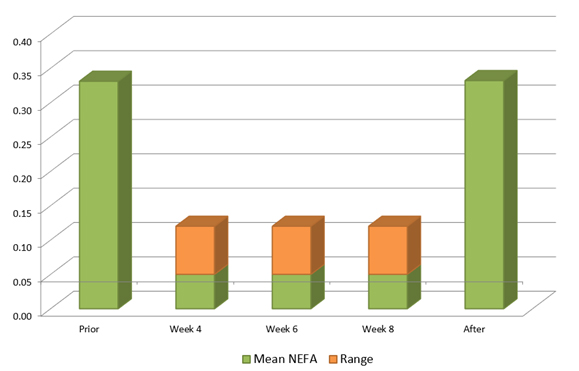 Elevated plasma free fatty acid levels have been established as a pathogenic factor that leads to insulin resistance and consequently Type 2 Diabetes and obesity, as well as other risk factors leading to cardiovascular disease.

The connection between obesity and type 2 diabetes is well established. According to the American Diabetes Association, more than 90% of all people newly diagnosed with T2DM are overweight or obese.

Test subjects recorded a decrease in weight and reduction in free fatty acid (FFA) levels, a biomarker associated with obesity and metabolic syndrome; additionally, there were a coordinate increases in plasma levels of the hormones leptin (+64%) and adiponectin (+60%). Leptin signals the brain when the body had enough food, producing the feeling of fullness. Adiponectin (ADP) is a hormone from fat cells that controls energy metabolism, increases insulin sensitivity and supports weight loss. The two hormones perform complementary actions and can have additive effects on weight management.

A four-week washout period followed the eight weeks of supplementation. During these four weeks, test subjects maintained the same diet and activity levels but no longer received the supplement regimen. At the end of this washout period, key biomarkers measured in the study — FFA, leptin and adiponectin levels — returned at or near pre-study levels. Conclusion: The supplement regimen was responsible for the marked improvement in metabolic and cardiovascular health indicators.