The synergistic combination of the Lunasin peptide and protease inhibitors which allows for Lunasin to become bioavailable.

LunaCell is a term coined by Ryan Schmidt and Andrew Birney, directors of the research teams that orchestrated the development of Lunasin. LunaCell describes the synergistic combination of the Lunasin peptide and protease inhibitors which allows for Lunasin to become bioavailable.

Here is how it works. Protease inhibitors crate a protective “shell” around the Lunasin peptide which serve as chaperone molecules that protect it from digestion in the stomach. These chaperone molecules allow for Lunasin to travel to the small intestine where it is absorbed. Without this protective barrier of protease inhibitors, Lunasin would be digested in the stomach and lose its ability to function in the body.  Once in the small intestine, the shell is broken down to allow for the absorption of Lunasin, where it can then be used by cells within the body. 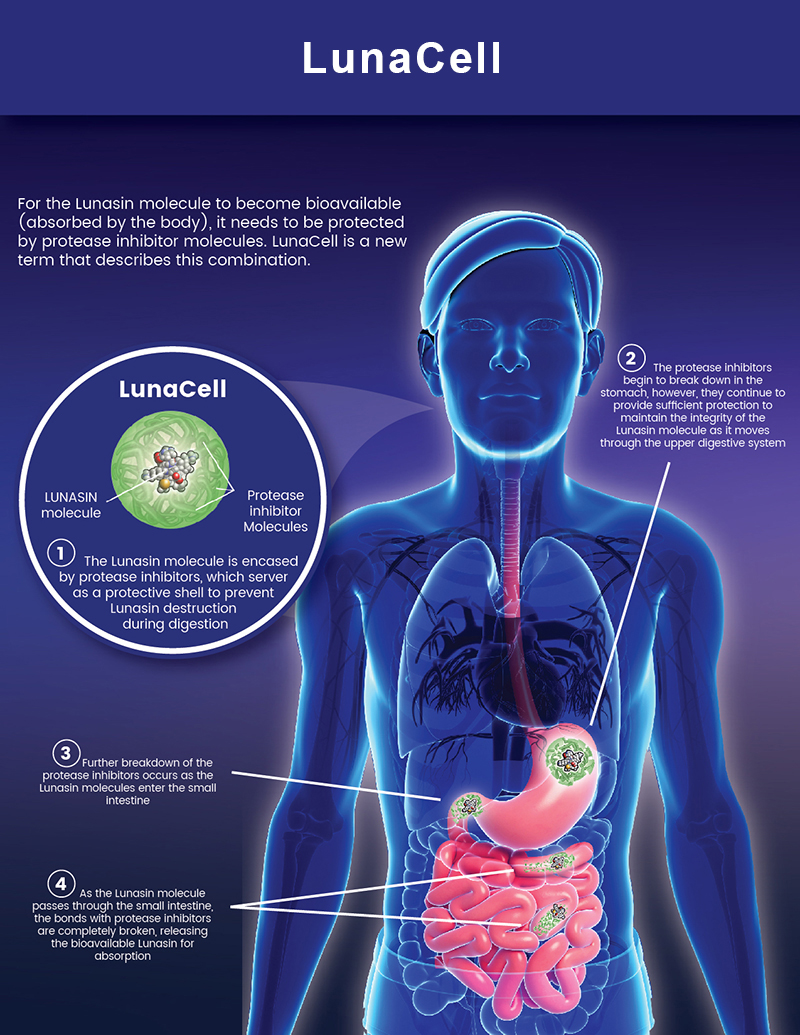